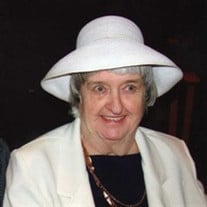 Rose Schulz, 86 of Oregon City passed away on Monday, February 17, 2014. She was born in Eagle Butte, S.D. to Chris Martsfield and Florence Gamble Martsfield. Rose graduated from Saint Heart Academy High School in 1945. She met and married the love of her life, Jack Eugene Schulz on July 17, 1946. She lost Jack after 58 years of marriage on January 4, 2008. Jack and Rose eventually settled in Mill City for several years until Jack moved the family to Eugene where he worked at University of Oregon. They moved to Clackamas in 2002 to be closer to their children. Rose was a wonderful homemaker for her family. Rose loved going to the beach, walking, prayer meetings, reading, baking, and many trips to their favorite city Reno, NV. Rose loved people and many would say she was very kind and funny lady. Rose is survived by her sister Joanne Kersey, children, Janet Schulz Marquis of Oregon City, Jerry Schulz of Las Vegas, NV, and Dick Paul Schulz of Happy Valley.. Rose also has 11 grandchildren and 9 great grandchildren. She is preceded in death by her parents, husband Jack,daughter Dianne, son Michael, and her siblings Viv, Irene, Jim, Genevieve, Helen, Ray, Gene, and Paul.

The family of Rose May Schulz (Martsfield) created this Life Tributes page to make it easy to share your memories.

Rose Schulz, 86 of Oregon City passed away on Monday, February...