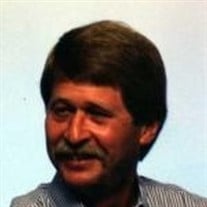 Richard Bartel Richard Bartel, 60, a long time resident of Milwaukie died Thursday, January 27, 2011 at his home following a brief illness. A Funeral Mass and Celebration of Life Service will be held Saturday, February 12, 2011 at 2:00 PM @ St. John The Baptist Catholic Church, Milwaukie, Oregon with Father Francis Kojo Kule officiating. Family and friends are invited to attend a reception at St. John's Parish Center following the service. Private Cremation Rites have been held. Richard Bartel, "Rich" to his friends and family, was born August 26, 1950 in Brooklyn, New York to Lillian and Julius "Sonny" Bartel. The family moved to Oregon shortly after his birth. Rich was raised and educated in Milwaukie where he attended St. John Catholic School and later Milwaukie High School. He graduated from Milwaukie High School in June 1968 where he was active in sports with a focus on football and track. He went on to attend both Oregon State University and Clackamas Community College. Rich served in the Army National Guard from 1970 to 1976. Also during the 1970's, he began a career in the door industry that lasted more than 30 years. He was well known in the custom door industry for his experience and expertise and he freely assisted anyone who sought his advice. Rich brought a warm sense of humor to both his personal and professional life and was highly regarded by customers who knew him as "Dick" Bartel. Rich married Janet Stanley on May 17, 1992 in Oregon City and they united two families and celebrated eighteen years of loving marriage. Over the years, Rich's interests included a love of boating and water skiing, snow skiing and sports. He loved to entertain and was nicknamed "The BBQ King" by friends and family. Rich's wife loves Siamese cats and he gifted her two Siamese kittens during their marriage. The first, Mai-tai, passed away in 2005. Her successor, Tai, was Rich's constant and devoted companion until the end. The family suggests that remembrances may be contributions made to the Kaiser Hospice in his memory. Survivors include his wife, Janet Bartel; his parents, Sonny and Lillian Bartel; two sons and a daughter-in-law, Trampus Bartel and Tyler and Shan Bartel; a brother and sister-in-law, Raymond and Beth Bartel; a sister and brother-in-law, Theresa and Ralph Wooden; and two grandchildren, Chloe and Kaleb Bartel. He was preceded in death by his stepson, Lance Stanley. Services are entrusted to Peake Funeral Chapel, 503-654-7755, www.peakfh.com for online info and tributes.

The family of Richard Bartel created this Life Tributes page to make it easy to share your memories.

Send flowers to the Bartel family.