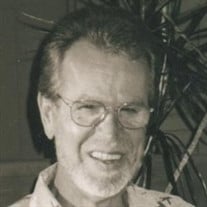 Mitchell Gene Minor was born October 1, 1941 in Mott, North Dakota to Frank and Audrey Reith. As an infant he moved with his family to Oregon City, Oregon where he and his three sisters and a brother were adopted by two separate families. Mitch was adopted by Alvin and Pauline Minor along with his oldest sisters and brother. His baby sister Sheila was adopted separately and Mitch did not get to know her until they were adults. As a child he enjoyed close relationships with his cousins and school friends. He helped out in the family pie bakery making pies and delivering them to local restaurants. The Minors were a musical family and Mickey, as he was known then, learned to play the trumpet in the school band. After high school he joined the Army and served on a missile base in Nebraska. There he earned a sharp shooter badge but lost some of his hearing on the firing range. In neighboring Iowa he met and married his first wife, Cindy. They had two children, Dawn and Terry who still live in the small town where they were raised, Shenandoah. After several years as a farmhand, Mitch learned his lifelong trade of house painting. After his divorce he moved to Richland, Washington where he married Sharon and adopted her son, Scot. He moved back to the Portland area when that marriage ended after 13 years. While living in Oregon City with a school friend he met and married Kathy Bates Lenzi. He took on her three teenage children and provided a good life for them. Together they went camping and took road trips. Mitch taught the kids valuable skills like prepping for painting and doing their own laundry. Mitch and Kathy were married for 25 years until he passed away on January 12, 2017. The couple went on memorable trips to Alaska, British Columbia, Hawaii, California, Florida, the Bahamas, Iowa, Nevada and Missouri. Together they attended local live theater productions and all the best movies. Mitch ate whatever Kathy served him and found something good to say about every dish. Together they remodelled their 1905 farmhouse, played pinochle with a regular group of neighborhood friends, spent time perusing antique stores, and hosted grandchildren from Iowa during several summers. He was especially close with Kathy's granddaughter Chanterelle. He took her on outings and spoiled her with treats like candy and ice cream. The two went to garage sales and both would come home with lots of booty. He took her on painting jobs and put her to "work". After one of his broken hips he acquired a handicap scooter. He would hook up a wagon to the back and take Chanterelle for rides around the neighborhood. He could often be seen walking their two greyhounds, Annie and Flynn. A love of classic cars led Mitch to restore an old Buick and a Ford convertible. He had a knack for buying and selling, often making a nice profit after cleaning and fixing up second-hand purchases. There was no household fix-it chore he couldn't handle or didn't know someone who could. He was no stranger to hard work. Sometimes Kathy would get home from her job to find a major project had been started on the spur of the moment. She had to be careful what she wished for because Mitch would invariably jump up and get right on it. There were times when they were expecting company in the evening so Mitch decided to paint the living room in the afternoon. The years of painting without protective gear probably contributed to his mental confusion in the later years. Once he entered Emerson House he was safe and well cared-for. Several of the staff there grew to love him. He refused visitors until the very end because he knew he was not his old self. He wanted to hear stories about his life with Kathy, and news about his children and grandchildren. Until he was unable to use his phone he would call Kathy every day, just needing to hear her say "I love you."

Mitchell Gene Minor was born October 1, 1941 in Mott, North Dakota to Frank and Audrey Reith. As an infant he moved with his family to Oregon City, Oregon where he and his three sisters and a brother were adopted by two separate families. Mitch... View Obituary & Service Information

The family of Mitchell Gene Minor created this Life Tributes page to make it easy to share your memories.

Send flowers to the Minor family.