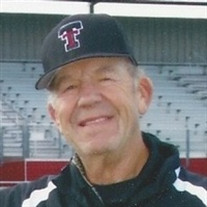 The Life Story of Ken Lester Born in a holler in Little Garden Creek, Virginia, equal distance between the Kentucky and the West Virginia borders Ken Lester's life began. Ken came from very poor roots. His father was a coal miner and the family raised much of their own food in a large garden, complete with hogs, a milk cow, and chickens. Ken is part Native American, from his Grandpa Paps Vance side of the family. As the job market declined and work became scarce, Ken's father decided to move the family to central Ohio where other members of the family were employed. He found a job in Mt. Vernon, Ohio working in a bridge factory. They lived in the small hamlet of Howard, Ohio with a total population of around 300. They eventually moved back to Mt. Vernon so his father and mother could be closer to their work. They found themselves constantly moving from place to place until they found a rental house with land and could enjoy life, as it was in Virginia at that time. Ken's school years were filled with sports, drama, choir and work. While in high school he worked at an auto parts store. Looking back, his high school years were the happiest and most fun years of his life. Some of his favorite memories were the pranks he used to play. When Ken was in the eighth grade, he was introduced to football. He liked the sport because he could channel his aggression and found athletics to be a place where social standing was leveled. Ken's success in football can be attributed to his defense and hitting ability in addition to being guided by great mentors. Football was of great importance to Ken for the next 59 years of his life, not only as a player, but also as a coach. The only years that Ken did not play or coach football were 1961,1993 and 1997. In 1998, Ken came out of retirement to coach freshman football at Tualatin High School where he remained for the next fifteen years. Ken was a head coach in the Tigard-Tualatin School District for thirty-five years with only three losing seasons. He built citizenship, sportsmanship, and scholarship among the athletes he had the privilege of coaching. After high school graduation, Ken was ready for his next life adventure. With just a suitcase and a few hundred dollars he decided to move to California with two of his friends. He was looking forward to sun, sandy beaches, and the laid back lifestyle in Oceanside, California. However, the California dream was tough, as jobs were scarce, which made finding work difficult. Ken lived close to a junior college and dropped by frequently to watch football practice. When the coach spotted Ken, he asked him if he had played the game and if he was attending college. When Ken answered yes to both, he found himself back in a football uniform. Unfortunately, Ken's money ran out and with no car, no job, and no prospects, he found himself forced to move back to Ohio. With the job market no better in Ohio, he decided to join the U.S. Army. He served from 1961 to 1964. He was sent to military intelligence school in Baltimore, Maryland and was then deployed to Stuttgart, Germany via a ten day trip on a troop ship. During the fall of 1963, Ken made the division level football team and spent four months in Mannheim, Germany. One of his highlights was playing in Hitler's Olympic Stadium in Berlin. Within nineteen months, Ken made a rank of E-5 specialist, preparing intelligence estimates on political and economic intelligence in Europe and the Soviet Union. He was fortunate to have had the opportunity to travel to Europe. However, in May of 1964 after two and a half years he was happy to return to the USA. After visiting family in Ohio, Ken once again traveled to California, where he would attend the same junior college and complete his associate degree. It was there he met a pretty co-ed, Charlotte Springsteen, who he would eventually marry in August of 1965. His junior college coach recommended that he finish his degree at Linfield College in McMinnville, Oregon. That's exactly what he did. Ken played football for Linfield and was inducted into the Football Hall of Fame. He was the last football player at Linfield to play wearing a leather helmet. In February 1966, Ken and Charlotte welcomed their first child Mike. Ken graduated from Linfield College in 1967 with a master's degree in education. In 1968 he was hired by the Tigard School District where he remained for 30 years teaching social studies and coaching football. In 1969, daughter Kelley was born with a younger sister Kari to follow in 1971. His children were his greatest achievement and he loved each one of them dearly. In 1991 Ken met Shirley Goodno and in July 1993 they were married. Together they share six children and fourteen grandchildren who have brought them great joy. They were also able to enjoy retired life together, which included traveling, a vacation home in Arizona, and many new friends. The many achievements during Ken's life were a testament to his toughness, hard work and commitment. He will be missed by many.

The Life Story of Ken Lester Born in a holler in Little Garden Creek, Virginia, equal distance between the Kentucky and the West Virginia borders Ken Lester's life began. Ken came from very poor roots. His father was a coal miner and the family... View Obituary & Service Information

The family of Kenneth Lewellyn Lester created this Life Tributes page to make it easy to share your memories.

The Life Story of Ken Lester

Born in a holler in Little Garden...

Send flowers to the Lester family.