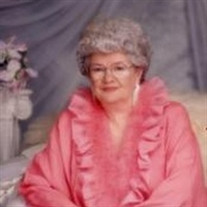 Born July 28, 1926 in Alameda, California, Jane was the daughter of Edgar Stanley Hoskins and Iverna Mae (Pratt) Hoskins. At the age of three, she moved with her family to Sacramento, California, where she attended school from Kindergarten through Third grade. The family then moved to Tracy, California, where she attended 4th and 5th grade and then they returned to Sacramento, where she attended the American Legion School, Stanford Junior High, California Junior High and McClatchy High School, having graduated in February of 1944. Following high school, she attended one year of Junior College and then received her nurse's training at St. Luke's Hospital in San Francisco, California, graduating as an R.N. in 1948. In July of 1948, Jane moved to Grants Pass, Oregon. She was married to Robert E. Schneider on February 6, 1949 in Sacramento, California. Following their marriage they made their home in Grants Pass until 1953 when they returned to Sacramento. In 1964, they returned to Oregon, settling in the Forest Grove community, where they purchased Pricketts Mortuary and operated the business as Forest Grove Memorial Chapel and Grove Ambulance Service until 1996. Jane and Bob later divorced in 1996. In 2004, Jane moved to the Wynwood Retirement Community in Forest Grove, where she had been a guest resident since. She had served on the Residence Council as well participating in many of the activities and group tours. Jane worked as a labor and delivery nurse at the Grants Pass Hospital and later Mercy Hospital in Sacramento. After moving to Forest Grove, Jane began her career as a funeral director for Forest Grove Memorial Chapel, where she worked for over fifty-six years. She was a member of the Order of Easter Star, Forest Chapter #42, since 1969 and Home Star Chapter #187, having served as Worthy Matron, 2002-2003. She was also a member of Oak Park Rebekahs #381 in Sacramento for over fifty years. Jane had served as Mother Advisor for the Rainbow Girls, Forest Assembly #34 in Forest Grove, for six years. She had also served as a member of the State Executive Committee for the Oregon Rainbow Girls. Among her interests, Jane enjoyed bowling, shopping, traveling, playing cards and bingo. She always enjoyed spending time with her grandchildren and great-grandchildren. For the past fifteen years she enjoyed spoiling her companion dog, "Kahlua". She was preceded in death by her parents. Survivors include three sons and daughters-in-law, Robert F. "Rob" and Jean Schneider of Hillsboro, Oregon; Richard S. "Rick" and Candy Schneider of Forest Grove, Oregon; and Randall C. "Randy" and Sheri Schneider, of sailboat "Procyon"; a daughter and son-in-law, Cynthia Jane "Cindy" and John Greeley of Forest Grove, Oregon. Also surviving are her seventeen grandchildren, her forty great-grandchildren and her one great-great-grandchild. The family suggests that remembrances may be made in the form of contributions to the Debbie Harden Rainbow Scholarship Fund, c/o Tub and Lucy Harden, 17317 NE Wasco St, Portland, Oregon, 97230. A Celebration of Life Service will be held on Saturday, July 2nd at 11:00 AM at the Forest Grove Assembly of God Church, located at 1523 Pacific Avenue, with the Reverend C. Eugene Sabin, pastor emeritus of the First Christian Church in Forest Grove, Oregon, officiating. Family Cryptside Services will precede the church ceremony at 9:00 AM at the Mt. View Memorial Gardens Mausoleum, 499 Watercrest Road, Forest Grove. Viewing (Visitation) Hrs: Thursday, June 30th, from 12 Noon to 5:30 PM, and Friday, July 1st from 10:00 AM to 5:30 PM at the Forest Grove Memorial Chapel.

Born July 28, 1926 in Alameda, California, Jane was the daughter of Edgar Stanley Hoskins and Iverna Mae (Pratt) Hoskins. At the age of three, she moved with her family to Sacramento, California, where she attended school from Kindergarten through... View Obituary & Service Information

The family of Jane Ann Schneider created this Life Tributes page to make it easy to share your memories.

Send flowers to the Schneider family.