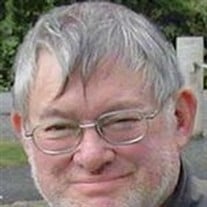 James "Jim" Recardo Gaupo, 70, a resident of the Milwaukie community died Saturday, September 25, 2010 at Providence Milwaukie Hospital following a heart attack at his home. Graveside Services will be held Friday, October 1, 2010 at 12:30 PM at Willamette National Cemetery, Mt. Scott Blvd, Portland. A Celebration Of Life Service will be held Friday, October 1, 2010 at 9:30 AM, at the Temple Baptist Church, Portland, Oregon with Reverend Mike Pinkerton officiating. Family and Friends are invited to a reception immediately following this service. James Recardo Gaupo was born March 6th 1940 in Salem, Oregon to the late Cornelius and Alma( Miller) Gaupo. He was raised and educated in Astoria having graduated from Astoria High School in 1958. Following his education he joined the US Navy and served two years active duty and continued with several more years in the Naval Reserves. Jim was united in marriage to Carolyn Hanley on November 12, 1960 in Woodland, Washington. They celebrated fifty years of life together and raised three children. Jim received his bachelor's degree from Portland State University in accounting. He was employed at Atterbury Consulting for many years and retired in 2001. Jim was a member of the Temple Baptist Church for almost forty years. Among his personal interests he enjoyed taking his family camping. They had a special spot at Moiser Camp Ground where they went every year. Winter camping was the most memorable as there was a lot of snow each year. He loved to invent games for the kids to play, Box Hockey and Ladder Ball being two favorites. After his retirement he and Carolyn traveled across the country on the motorcycle, several trips to Sturgess, they went to Russia and Switzerland to visit their daughter and granddaughter. Jim enjoyed walking on his treadmill while watching Ticker Tape and keeping track of the stock market. He enjoyed spending the winters in Arizona and playing Bridge every evening with his friends. His favorite pastime in Oregon was the trips to Spirit Mountain. On his return with his winnings he would calculate his mileage and expenses which would lead him to proclaim his hourly wages earned for each trip. Survivors include his wife Carolyn, two daughters Cathy Gaupo, currently residing in Kyiv, Ukraine, Karen "Cissy" and Dan Smith, Scottsdale, Az, a son, Rick and Elizabeth Gaupo of Salem, Or as well as eight grandchildren. Services are under the direction of Peake Funeral Chapel, Milwaukie, 503-654-7755, please visit our website for online memorials www.peakefh.com.

The family of James :Jim" Recardo Gaupo created this Life Tributes page to make it easy to share your memories.

James &quot;Jim&quot; Recardo Gaupo, 70, a resident of the Milwaukie community...