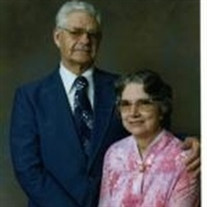 Georgia Mae Brown Georgia Mae Brown, 87, a resident of the Portland community died Friday, January 21, 2011 at the home of her son. Viewing and Visitation will be held Thursday, January 27, 2011 from 1pm to 7pm at Peake Funeral Chapel, 1925 SE Scott Street, Milwaukie. Graveside Services and Interment will be held Friday, January 28, 2011 at 10:30 am at Willamette National Cemetery with Reverend Tom Schiave of the Gateway Church officiating. Georgia Mae Brown was born December 3, 1923 in Springdale, Arkansas to George and Eula Devin Hendrix. She was raised and educated in Fayetteville, Arkansas where she graduated from high school. Georgia attended the Tennessee University Nursing Program. She began working in the local hospital. She would share stories about taking care of wounded soldiers to her children. Georgia was united in marriage to Vernon E. Brown in 1946 in Arkansas. They celebrated thirty-eight years of life together and raised three children. Vernon preceded her in death in 1984. She was a busy wife and homemaker as well as working in the hospitals. Her most recent nursing position was charge nurse on the 3rd Floor at Vesper Medical Center in San Leandro, California during the 1970's. She and her husband traveled several times to the Holy Land. They went to Hawaii and did some other traveling. Among her personal interests Georgia loved to putter in her backyard garden that was always full of flowers. She had an amazing collection of hummingbirds. She got herself a small motorhome and traveled up and down the coast for several years enjoying the beaches. Survivors include her three children and spouses, Vernon E. Jr. and Kari Brown of Portland, Barbara and Chris Moore of Gresham and Bonnie and Karl Schneidau of Milwaukie, Oregon, a brother, George Hendrix and sister, Ida Luper both of Arkansas. Also surviving are nine grandchildren, ten great grandchildren and three great-great grandchildren. The family suggests that remembrances may be contributions made to the Focus On The Family, 8605 Explorer Drive, Colorado Springs, Colorado 80920 in her memory. Services entrusted to Peake Funeral Chapel, Milwaukie, 503-654-7755, website, www.peakefh.com.for tributes and links.

Georgia Mae Brown Georgia Mae Brown, 87, a resident of the Portland community died Friday, January 21, 2011 at the home of her son. Viewing and Visitation will be held Thursday, January 27, 2011 from 1pm to 7pm at Peake Funeral Chapel, 1925... View Obituary & Service Information

The family of Georgia Mae Brown created this Life Tributes page to make it easy to share your memories.