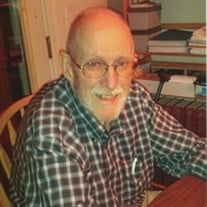 Fred was born in Weymouth, Massachusettes, on August 17, 1949, and died on December 13, 2014 in Vancouver, Washington, after a long battle with cancer. He had lived a full life in his 65 years. After growing up in the Boston area, he joined the United States Army at age 17, and served three tours in Vietnam. He and his first wife, Jean married while he was still on active duty. Together, they had three children, Jennifer, Jason and Julie. After a total of seven years in the military, he wished to pursue a career in the clergy. He attended college at the Nazarene Bible College in Colorado Springs, Colorado, where he earned a 4.0 grade point average, in spite of working full time to support his young family. In 1980, he left the ministry and moved to the west coast where he was active as a Lay Pastor in New Hope Community Church. There, in 1983, he met and married his second wife, Dawn. Together they had two sons, Thaddeus and Noah, who live in the Portland, Oregon area. Fred pursued a variety of roles, including Insurance Sales, Executive Recruiting, and Personal Training with an American College of Exercise certification. He was active in the Milwaukie Elks Lodge for a period of time, and served as the Exalted Ruler in the late 1990's. He also was a very skilled Tai Chi and Chi Gung instructor, having many individual students over the course of several years. Fred is survived by his wife, Dawn; his step-son, Eric; their children, Thad and Noah; his daughters Jennifer, Julie and Kristi; and his son Jason. He was preceded in death by his parents, and an older brother, Donnie. He also has four sisters, Helen Olson, Alice Winters, Lalia Nichols and Laura Lemon, all of whom live on the east coast. He also has several cousins and twelve grandchildren. We will miss his sense of humor, his infectious smile, and his endearing wisdom. And he could whistle louder than anyone I ever knew!

Fred was born in Weymouth, Massachusettes, on August 17, 1949, and died on December 13, 2014 in Vancouver, Washington, after a long battle with cancer. He had lived a full life in his 65 years. After growing up in the Boston area, he joined... View Obituary & Service Information

The family of Frederick C. Gordon created this Life Tributes page to make it easy to share your memories.

Send flowers to the Gordon family.