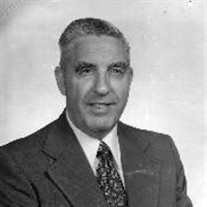 Elmer Harding "Bud" Fisher died at his Willamette View retirement home apartment in Portland, OR on June 25, 2011. "Bud" was born in Myrtle Point, OR on June 11, 1921. He was 90 years old On July 8, 1938 he joined the Naval Reserve in Portland, OR while still in high school and served the summers of 1938 and 1939 on the USS Oklahoma and the USS Kennison. In 1940 his reserve division was called up and assigned to the USS Heywood, a US Marine transport ship destined for Iceland. While the ship was later docked at the Brooklyn Army docks in early September 1941, he received notice he'd been accepted to NAPS (Naval Academy Prep School) in Norfolk, VA. Elmer received an Honorable Discharge from the Navy on July 8, 1942 as he entered the Naval Academy the summer of 1942. He was graduated with the 1st Company in June of 1945 and was assigned as Assistant Navigator on the USS Saratoga (CV3). On November 5, 1945 he was married to Mary Patricia Layne at the Stanford University Chapel by Dr. D. Elton Trueblood. In May of 1946 the Sara received orders to proceed to Bikini Atoll in the Pacific to participate in the scheduled Atom Bomb tests. After the tests, "Bud" was sent to a Radiological Safety course in Washington, D.C. and subsequently to Bremerton Naval Shipyard to monitor ships returning from Bikini. In February 1947 he received orders to Dallas, TX to begin flight training and later received his wings in July 1948 at Jacksonville Naval Air Station. Subsequent duties were numerous, including Ream Field NAS; Sand Point NAS; Barber's Point NAS; North Island NAS; Yorktown Mine Warfare School; Guam, M.I. FASRON unit at Agana NAS; Pensacola NAS as flight instructor and ending his naval career at North Island NAS. Elmer received a second Honorable Discharge in May 1954, after just 2 months shy of 16 years of service to his country. Elmer and Pat purchased a registered Guernsey dairy farm near Astoria, OR that year and after receiving his MLS in Library Science at the University of Portland in 1961, he became Head Librarian at the Astoria Public Library. In 1963 the farm was sold and he transferred to the information department of Phillips Petroleum at the National Reactor Testing Station in Idaho, followed in 1970 by a position as Manager of Information Services for Babcock & Wilcox Research Center in Ohio. In 1985, at the close of his working career, Elmer and Pat designed their new home in Rio Rico, AZ where they lived for 15 years until moving back to Portland in 2000 to the lovely Willamette View Retirement Home with a beautiful view of the Willamette River. He is survived by his wife of 65 years, Pat; three sons, Steven, Michael and Gary; 11 grandchildren; and 11 great grandchildren. He was preceded in death by his parents, Elmer and Anna Fisher; sister, Thelma Suchy; brother, John W. Fisher; and daughter, Susan Fisher Bell. Private Inurnment at Willamette National Cemetery, Portland, OR.

The family of Elmer Harding "Bud" Fisher created this Life Tributes page to make it easy to share your memories.