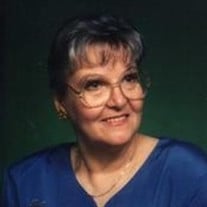 A private family Roman Catholic Funeral Mass was held for Ellen Inge Holbert at Ascension Catholic Church, 743 SE 76th Street in Portland, Oregon. The Pastor Fr. Ben Innes, OFM, officiated. Ellen was born on June 10, 1931 in Solingen, Rhineland, Germany to Karl Wilhelm Gustav Schaefer and Maria Elizabeth (Rohn) Schaefer. She died June 10, 2011, on her 80th birthday, in the emergency room at Providence Hospital in Milwaukie, Oregon, after a very brief illness, with her husband Charles and youngest son Timothy present. Ellen was a true Rhinelander. Gentle, optimistic, and always ready for a party of good food, conversation and song with family and friends. She immigrated to America from her native country on January 12, 1954. Ellen taught herself English with the newspaper comics and became a citizen of the United States of America on March 20, 1959. She worked as a waitress to support herself, ultimately owning her own business in San Bernardino, California. She met Charles Holbert there on December 18, 1964. Ellen was a devoted homemaker and fierce defender of her children and husband. She was a passionate artist, becoming a master of needlepoint, embroidery, pottery, sculpture, woodcarving and fine jewelry making. She helped pioneer the revival of Native American pine needle basketry. Most of her creations were gifted to family and friends. In addition, many of her original creations were gifted to community fund raising efforts, as she rarely would sell her work. One of her favorite pastimes was scouting thrift stores for materials to use in her artwork. Ellen lived her entire life with deep dedication of service to others through civil activities and personal contact. She served in numerous capacities with the Girl Scouts of America, 4H, Oregon State Extension Services, Coos County, Englewood Garden Club, Optimist International, Coos Bay Sister City Association and Friends of South Slough. Ellen was a member of St. Monica's Catholic Church and served for many years in the traditional choir. She chaired the board of directors for Recovery Plus, a non-profit drug and alcohol treatment center, was active in Alanon Family Groups and was a member of the South Coast Alano Club. Ellen most enjoyed gardening, wild mushroom hunting, picking blueberries, blackberries, red huckleberries, wild plums, crabbing off the docks, clamming, fishing, and then taking the bounty home to cook a gourmet meal or putting up wonderful preserves for her family. In 2003, Ellen suffered the first of many debilitating illnesses that eventually prevented her from fully participating in her favorite activities. She continued to live happily with her husband and friends of Coos Bay until 2010 when she moved to Clackamas County to be near her children. Much of her ability to continue leading a happy and comfortable life was due to the dedicated care giving of her loving husband Charles Holbert and the proactive medical care of Dr. Douglas Crane and his staff at North Bend Medical Center. Ellen is survived by Charles Holbert, her husband of 47 years; daughter Susan Rinehart and husband Steve of Fremont, CA; son Steve Benson of Albuquerque, New Mexico; son Timothy Holbert and wife Melinda of Portland, OR; daughter Khana Ramey and husband Kevin of Gladstone, OR; nephew Peter Schaefer of Aachen, Germany; niece Monica Schaefer and her twin daughters Gianna and Giulia of Belgium; sister-in-law Heike Schaefer of Troisdorf, Germany; grandchild Tanya Rau and husband Jason of Van Nuys, CA; grandchildren Kristin Ramey and Kameron Ramey of Gladstone, OR grandchild Rose Holbert of Portland, OR; great grandchildren Jackson and Cooper Rau of Van Nuys, CA; and dear best friend Lew Jacobs of North Bend, OR. Ellen was preceded in death by her parents, son SFC Mike Benson USN of San Diego, CA; infant son Jon Karl Holbert of San Bernardino, CA; brother Luftwaffe Colonel Dr. Karl Horst Schaefer of Berlin, Germany. The family suggests memorial gifts to Friends of South Slough Reserve, Inc. at P.O. Box 5446, Charleston, OR 97420. Ellen requests that you love one another in remembrance of her.

The family of Ellen Inge Holbert created this Life Tributes page to make it easy to share your memories.

Send flowers to the Holbert family.