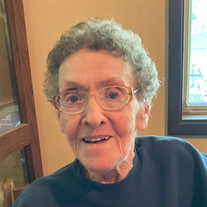 Dorothy Lucille Terry Tincher Rhodes September 16, 1929 to August 2, 2021 Dorothy passed away on August 2, 2021 at her home in Oregon City with her children by her side after complications from a stroke. Dorothy was born on September 16th, 1929 in Heavener, Oklahoma. The first child of Oscar Terry and Lola Green Terry and the first grandchild for both of her grandparents. At the age of 4, Dorothy and her Parents moved to Greenwood, Arkansas where she grew up and her father worked in the coal mine. At the age of eight, she lost her Mother during childbirth but gained her first sister, June. Her father later married Lois Durdan and Dorothy gained 8 more siblings. At the young age of 16 Dorothy married James Tincher and they took all they had and moved to California looking for work. They settled in San Jose joining the Green family, her Grandparents, Aunts and Uncles and many cousins. There they had 4 children, Nancy, Gary, Pam and William. Dorothy and James divorced in 1969. Dorothy then began her waitress career at San Jose Municipal Airport. It was there she met Daniel Rhodes whom she married in 1974. She gained 2 sons, Douglas Rhodes and Michael Rhodes. In 1978 they moved to Oregon City, OR. She continued her waitress profession which came easy to her. She was a people person and never met a stranger. Her family was her pride and joy along with her love of baseball and the San Francisco Giants. In 1984 she lost her husband Daniel and in 2020 lost her son Gary. She is survived by daughters, Nancy (Dennis Moore) of Canby, OR, Pam (Jeff Barrow) of Canby, OR, daughter in law Suzie Tincher of Gladstone, OR, sons, William Tincher of Oregon City, OR, Douglas Rhodes (Claudia) of Arlington, TX and Michael Rhodes (Barbara) of Gig Harbor, WA. She was blessed with 16 Grandchildren and 18 Great Grandchildren. Also surviving are her brothers, Earl Terry, Billie Joe Terry, Jerry Terry, Ronnie Terry and Sisters Beverly Bryan, Martha Milam and Darlene Shubatt all of Arkansas. She comes from a large loving family and leaves Nieces, Nephews and Cousins in many states. Dorothy was preceded in death by her husband Daniel, son Gary and 2 sisters, Betty and June. There will be no services per her request. Memorial contributions may be made to HOPE-Oregon city. PO Box 1718 Oregon City, Or. 97045 (Helping Other People Eat).

Dorothy Lucille Terry Tincher Rhodes September 16, 1929 to August 2, 2021 Dorothy passed away on August 2, 2021 at her home in Oregon City with her children by her side after complications from a stroke. Dorothy was born on September 16th,... View Obituary & Service Information

The family of Dorothy Lucille Terry Tincher Rhodes created this Life Tributes page to make it easy to share your memories.

Send flowers to the Rhodes family.