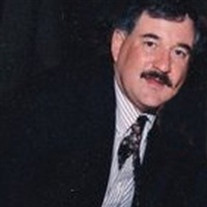 David Edward Simpson died in his home, of natural causes Tuesday January 29, 2013. Dave was born to George Edward and Kathryn Lorene November 23, 1948 in Sellwood, Oregon. For a few years they lived in Oregon City, Oregon, and in 1951 the family moved to Milwaukie, Oregon. When Dave was in the seventh grade they moved to Clackamas, Oregon where he attended Clackamas Elementary and began many of his life long friendships. After graduating from Clackamas High School, Dave joined the Army, and once he had completed basic training at Fort Lewis, he began his tour of duty in Vietnam with the 101st Airborne. Dave had the ability light up a crowd. He drew friends and impacted people with his magnetic personality. Whether it was remaining friends with those from his military service days or making new friends, Dave knew the value of friendship. During high school Dave worked at Rub-A-Dub Car Wash with life-long friends Gary Martin and Chuck Weitzel. He was a bus boy at Moy's Chinese Restaurant working with Betty Robertson. He also worked at Camp Withycombe, an Army camp in Clackamas under Major Don Baker. Following Dave's military service he worked at United Grocers and also completed an apprenticeship as a masonry concrete finisher. He and Bob Brandow then began their concrete business, where he worked for many years. He is remembered warmly for his generosity in sponsoring teams such as little league baseball and the joy he had in handing out donations and being helpful in his community. Later in life, Dave also started a limo driving business, once again geared toward customer service and his winning personality. In the spring of 1983, Dave married Bonnie, the love of his life. His family remembers the years of his marriage to Bonnie as the happiest and most fulfilling years of his life. Dave is survived by his mother Kay, sister Cindy, brother-in-law Randy, nephew Justin, niece Laurie and countless close friends. Dave was preceded in death by his father, George, his wife Bonnie, and close friend Bob Brandow. Dave was strongly influenced by Bob's father Bill Brandow and Bob's uncle Clyde Brandow, who started the concrete business that Bob and Dave later entered. The public memorial service will be held at New Hope Church at 11:00 am on Saturday February 2nd. New Hope is located at 11731 SE Stevens Road, Portland Oregon 97086. He will be privately laid to rest on Wednesday February 6th at Willamette National Cemetery. In lieu of flowers, contributions can be made to the American Diabetes Association.

David Edward Simpson died in his home, of natural causes Tuesday January 29, 2013. Dave was born to George Edward and Kathryn Lorene November 23, 1948 in Sellwood, Oregon. For a few years they lived in Oregon City, Oregon, and in 1951 the family... View Obituary & Service Information

The family of David Edward Simpson created this Life Tributes page to make it easy to share your memories.

Send flowers to the Simpson family.