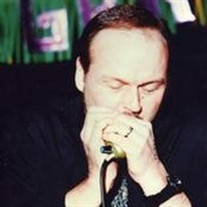 David Gary "Hoosier" Atkinson was born October 14, 1949 in Indianapolis, Indiana to Claude Harrison Atkinson and Ruth Hindman Atkinson-Krammes. David spent his childhood moving as far west as California, before returning to Indianapolis in 1955. In 1957 a little brother, Marc "Bee" Atkinson arrived. David's mother, affectionately known as "Mott" raised him and "Bee" as a single mother, instilling in her boys the value of family which translated to David's success as a husband and father. David entered Broadripple High School in 1963 where his presence was well known on the basketball court where he set the single season scoring record in the 1966-67 season averaging 20.2 points per game. A record which stood for years, until future NBA player, and current NBA coach Mike Woodson broke the record during his time at Broadripple. David attended Cleveland State University on a basketball scholarship. During his spare time, David developed a love of music, and became an accomplished harmonica player and vocalist. This talent was put on display in various bands throughout his life, including his involvement with The Colt 45s, Blue Collar, Durango and many others. He had many studio recordings including the tracks that were used on an album for Alice In Chains. In 1992 David placed 2nd out of 400 contestants in the annual Seattle Fat Tuesday Harmonica Blow-Off. After leaving Indiana, David lived in New York and Washington before settling in Depoe Bay in 1975 where he and his brother Bee spent many years on local championship softball and basketball teams. Many of these teammates have remained friends of David's to this day. During this time David met the love of his life Karla Moodenbaugh. On February 15, 1986 they were married in Lincoln City, Oregon. In November of 1988, David and Karla moved to Seattle, Washington where they started a family. Spencer arrived in November of 1989, followed by Riley in August of 1992. In 1994 David and his family moved back to Oregon, settling in Milwaukie where they could be closer to family. As the boys grew, David became highly involved in their sports and school activities. The Willamette Valley provided David with the perfect conditions to promote his gardening and culinary prowess. David's love of cooking and gardening resulted in a side hobby of bottling his own hot sauces, vinegars, chutneys, meat rubs and salsas. Anyone who ever visited David was the lucky recipient of his culinary talents, as David loved nothing more than to be the consummate host. His fluency in French and knowledge of wine complemented his culinary abilities and contributed to his professional success as a wine sommelier, dining room manager and other culinary positions throughout his career. In recent years, David became involved in volunteering at the food pantry at his church, giving yet another outlet for his culinary talents. Nothing was more important than the love of his family; his wife Karla, his two sons Spencer and Riley and his only brother Bee, sister-in-law Tami and nieces Hayley , Erica and Emily. Dave had been through a 3 year battle with cancer and on June 16th he passed away in his home with his family at his side. A Memorial Service will be held on Saturday June 30th @ 2:00 PM at the Life Christian Center in Milwaukie.

The family of David Gary Atkinson created this Life Tributes page to make it easy to share your memories.

Send flowers to the Atkinson family.